Baseball Season is in swing!

Baseball season started a few weeks ago. The Dodgers are off to a good start, leading the National League West. I went to opening day at Dodger stadium, a full week ago, and here are some pictures! The Dodgers lost that game, but you can’t win them all in baseball. 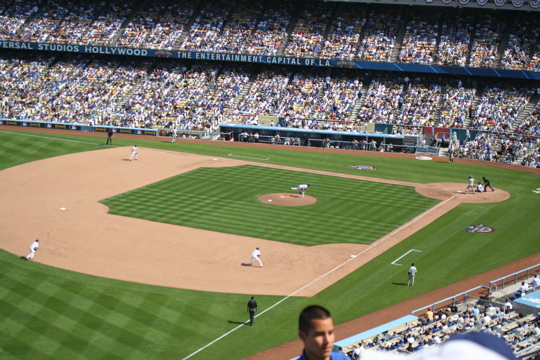 Some of the local fowl like to sit up on the foul pole. 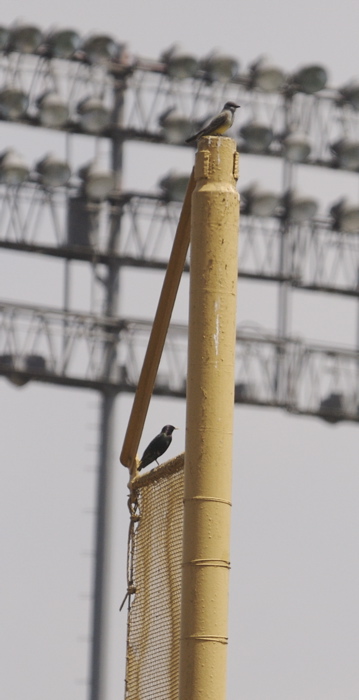 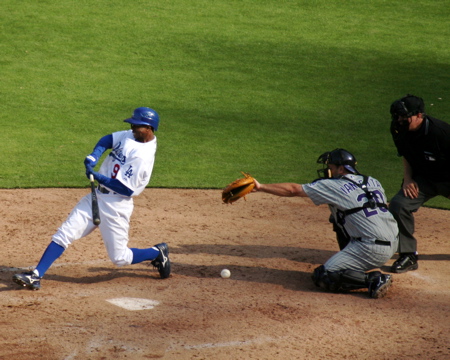 I didn’t get any shots I consider great. I saw a few good plays, but I didn’t have my camera ready, or didn’t quite snap the photo off in time.

A few notes about the game:

There was a guy who ran out on the field, and was hog tied on the field and carried away by Dodger Stadium security, then turned over to LAPD behind the center field wall. 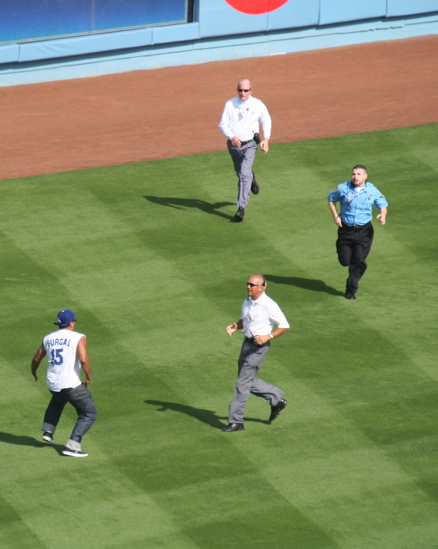 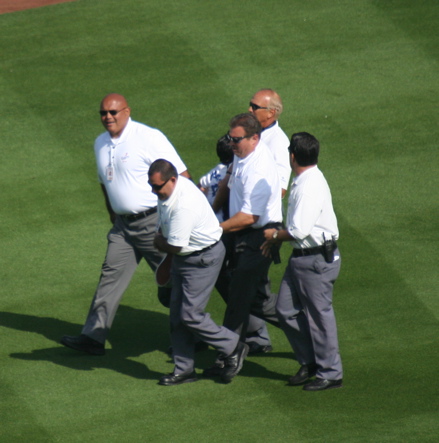 While he was being taken away by LAPD, someone from the Right Field bleacher through a cup of soda at the guy and the cops, and the cops went up and took the guy away who threw the soda. Attempted assault I guess. 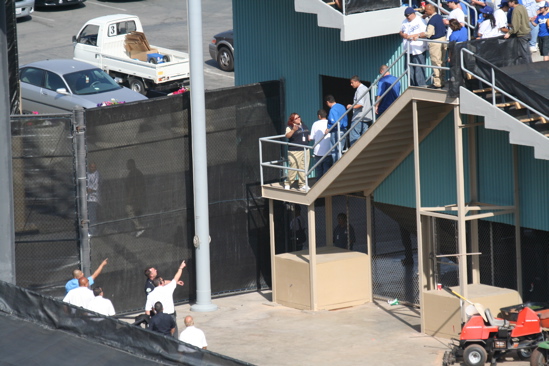 Each year, the Dodger fans seems to become a little ruder. 10 years ago, I can’t think of Dodger fans booing someone wearing an Angels jersey (Giants yes, Angels no). In part, I think it’s because the Angels have had a good record the past 5 years, and then their subtle name change away from Anaheim hasn’t helped in the eyes of the Dodger fans. I have a good number of Angels fans as friends, and I’m less and less inclined to invite them to Dodger games, in part because of the rudeness of the Dodger fans. Hmmph. Have to give them a Dodger cap, and just let them pretend they are slumming. When they get home, they can break out the red clothing and root for Mike Scioscia boy’s again.

Parking sucks. We parked a mile away down on Broadway, and walked in, and I passed Naeem on the road in, and beat him to my seats by far. I hope this was just from the 56,000 (even number too) who attended the game, but hopefully the next few games are easier to get in and out of.

The owner and proprietor of this site. Feel free to message and say hello
View all posts by Bill →
This entry was posted in Dodger Baseball. Bookmark the permalink.

2 Responses to Baseball Season is in swing!